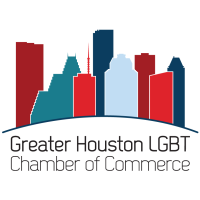 Rodney Wilson founded LGBTQ+ History Month in 1994 and in that year became the first openly gay public school teacher in Missouri. In 2020, he was named a Missouri Trailblazer by the Missouri State Museum. His story is told in the documentary-short “Taboo Teaching: A Profile of Missouri Teacher Rodney Wilson.” On social media: @rodneycwilson.

Rodney Wilson is a high school teacher credited with creating LGBTQ+ History Month. October was selected because schools are in session, and it is the month in which the first national march for lesbian and gay rights occurred and National Coming Out Day is celebrated.  Learn more about Rodney's background here.

This event will include a "fireside chat" with Rodney Wilson as well as plenty of opportunities to network. Casual networking starting at 8:00 a.m. on the Airmeet platform. Grab your coffee and join a networking table in the Chamber Networking Café where you can switch between tables or meet one-on-one. We've got you covered however you like to network! After the program, stick around for more networking and connection at your leisure in the Chamber Networking Café. Thank you to Let's Talk About Gay Stuff Podcast (A Production of Chamber Member ListenWerks) for sponsoring the Special Edition: Brewing Up Business celebrating LGBTQ+ History Month.

Guests are always welcome...we would love to have you join us! We look forward to seeing you!

The Chamber Virtual Brewing Up Business is hosted via the Airmeet platform. Check out Airmeet here and set up your account and profile.  Airmeet gives you total control of your Chamber networking experience!

If you need technical assistance before or during the meeting with Airmeet, call the Chamber Office at 832-510-3002.

This is a virtual event on Airmeet.