In collaboration with Merck and the Bill & Melinda Gates Foundation, the organization seeks to help provide a new option for women interested in taking PrEP for HIV-1 infection.

Prism Health North Texas (PHNTX) is seeking participants for a study testing the efficacy of islatravir, an investigational drug developed by Merck as a once monthly oral tablet for PrEP (pre-exposure prophylaxis) for women. PrEP refers to the use of medications to prevent the spread of the human immunodeficiency virus (HIV-1) to people who may be at risk of acquiring HIV. While there are currently two PrEP drugs on the market (Truvada and Descovy), Descovy has not been studied in large-scale clinical trials in women or transgender men, and current research suggests that long acting agents like islatravir may prove to be more effective in these populations, who are currently limited to one option.

Through funding provided by the Bill & Melinda Gates Foundation, this study will focus on women and adolescent girls at high risk for acquiring HIV. The study was designed with the goal of ending the global HIV epidemic in mind. The women of sub-Saharan Africa specifically are an important target for new and improved drugs for PrEP as more than half of new HIV diagnoses in the world originate in this region. Merck is also engaging in additional studies with islatravir as PrEP for other key populations impacted by the epidemic, including men who have sex with men (MSM) and transgender women.

While the study will have a significant percentage of participants who are women in sub-Saharan Africa, Dallas-based PHNTX will be one of the largest sites testing participants in the United States.

“PHNTX serves a large population of women who are either living with HIV or are at risk for acquiring HIV,” said Katie Mulosia, LMSW and senior clinical research study coordinator at PHNTX. “Our research unit has been very involved with the studies that have led to the approval of current options for HIV prevention, but many of these options have focused on prevention efforts in men.”

Cisgender women aged 18-45 who do not have HIV, have been sexually active with at least one male partner in the past 30 days, are not in a mutually monogamous relationship with a recently tested HIV-negative partner, and meet at least one of the following criteria are candidates for this study:

Participants will be compensated for their time and all study medication and study-related tests will be provided at no cost. Learn more at phntx.org/research.

PHNTX encourages Dallas-area women to volunteer for the study as part of efforts to study new treatments to end the HIV epidemic by expanding preventative treatment for women. Through participating, women are empowered to make decisions regarding their health, to contribute to scientific discovery, and to see if they qualify for clinical studies investigating the prevention of HIV.

“Many of our clients and members of the community have asked us, ‘when will you do a PrEP study that focuses on women?’,” Mulosla added. “My colleagues and I are excited that we now can offer them an opportunity to participate in this clinical trial.” 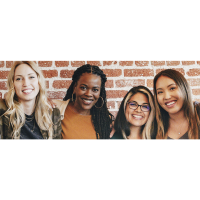