Austin, Texas – March 12, 2021- The Texas LGBTQ Chambers of Commerce, a statewide organization of LGBTQ Chambers of Commerce today praised the filing of new modern legislation that will pro-actively protect the LGBTQ community and ensure that every single Texan, including LGBTQ Texans will be treated equally under Texas law.  HB 3860 authored by Texas Representative Jessica González and SB 1540 by Senator Jose Menéndez will extend non-discrimination protections for LGBTQ people in employment, housing, and public accommodations.

“The only way to achieve the freedom for LGBTQ people to live, work, earn a living, raise our families, and contribute fully to our communities is to pass a comprehensive, statewide nondiscrimination law that protects all people, including LGBTQ people,” said Tony Vedda, CEO of North Texas LGBT Chamber of Commerce

“Currently, Texas is one of 27 states where there are no protections from discrimination based on sexual orientation or gender identity.  Texans can get married on Sunday and the very next day get kicked out of a restaurant or evicted from their apartment or turned down for a lease because of who they are or who they love. State legislation will guarantee explicit, permanent protections for LGBTQ people,” said Tammi Wallace, Co-founder & CEO of the Greater Houston LGBT Chamber of Commerce.

A first-of-its-kind study by renowned Texas economist Dr. Ray Perryman, commissioned by Texas Competes, the business coalition of Equality Texas shows the expected economic impacts of a statewide, comprehensive nondiscrimination law covering employment, housing, and public spaces for LGBTQ Texans and visitors. The Perryman Group found that in the first biennium, such a law would create $1.3 billion in cumulative state and local tax revenues, and in the 2021-2045 period, it would create 700,000 new Texas jobs, more than $1.3 trillion in gross product, and $130 billion in tax revenues for state and local governments.

“Texas is one of the best states to do business. If we want to escalate our competitive advantage into the future, our research shows significant benefits from enactment of a comprehensive nondiscrimination law that includes all people, including LGBTQ people,” said Dr. Ray Perryman, CEO of The Perryman Group, an economic analysis firm based in Waco, Texas.  “Our analysis found enormous, untapped economic potential for our state if LGBTQ people were protected from discrimination based on who they are.”

“The good news is that 70% of Texans – including majorities in both parties and all major religious groups – already support the idea of nondiscrimination protections for their LGBTQ neighbors, coworkers, family members, and friends,” said Tina Grider-Cannon, CEO of the Austin LGBT Chamber of Commerce “Dr. Perryman’s work shows us that such a policy is crucial to the future competitiveness of the state, and that it would deliver tangible benefits to all Texans.”


Topline study findings show that a 2021 statewide nondiscrimination policy would result in:
By 2025 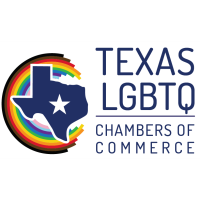